-raised in the village of Ire Hills
-adopted by Kardel, a scholar from Brevoy who retired in Ire Hills
-Kardel, having some experience with magic, was able to recognize and tutor Drael in his efforts to master the gift of the sorcerer

-can speak Draconic but does not know it yet

-Drael is the son of an elven priestess and a human knight (of Brevoy)
-inter-racial union was prohibited by her order, resulting in a secret affair and eventually a child
-in order to avoid embarrassment, the father was banished from the elven kingdom and the child separated from mother

How Drael came to this quest:

-after many happy years in his village Drael was going to visit his friend Kara, who also lived in Ire Hills
-however, as he strode through the field towards her fathers house, he came upon Garet (the son of the village elder) trying to force himself upon Kara
-Drael, being reluctant to use his sorcerery in fear of seriously harming Garet was outmatched
-As Garet began to rain blow after blow upon upon his body, Drael flailed out in desperation
-At that moment, claws inexplicably sprouted from the end of Drael’s hands, slashing Garet across the face
-Garet fled the seen in terror, and Drael stared at his hands in disbelief
-as he looked into Kara’s eyes, he saw fear
-Drael departed Ire Hills that same day, without a word to Kardel
-haunted by the fear of whatever powers were lurking inside of him, Drael had decided that he needed to uncover the mystery of his heritage
-making his was to Brevoy, Drael had little idea how he was to go about this until he had a dream
-lost in the woods, the dragon amulet around his neck came to life and began to lead the way
-it led him to a stone with a two headed dragon on it (as seen on the charter)
-the next day, Drael arrived in Restov and came across the charter
-recognizing the dragon sigil, Drael knew his fait was tied to accepting its charge

Drael’s characteristics:
-eager to form connections with his companions
-has a strong moral compass (partly a result of his bloodline)
-sorcery is largely intuitive, and he his only just discovering his abilities
-a bit naïve, hasn’t traveled much outside of his village
-has a strong desire to uncover his roots. Hopes that in his travels he will uncover the identity of his parents, and the source of his magical bloodline. This is his motivation for studying the arcane whenever possible
- has a deep set fear that his heritage may be demonic (has heard stories of demon spawn children), and thus very reluctant to discuss his (draconic) traits with his companions

Ongoing Character developments:
Post Session #1:
-due to the fact that Drael has never had nearly as much responsibility as he now has being the bearer of this charter, and due to the circumstances surrounding his acceptance of the charter, Drael has and is developing a deep sense of duty in carrying out its charge.
-In particular, while he has no qualms with bringing justice to the unrepentant bandits of the region, he feels that the wording of the charter is such that it allows for mercy whenever possible
-After considering the problem of Bragg, he feels that if it is at all possible, Bragg should be allowed to pay for his misdeeds by serving as a stable hand at Oleg’s trading post, under the watchful eye of Oleg himself. 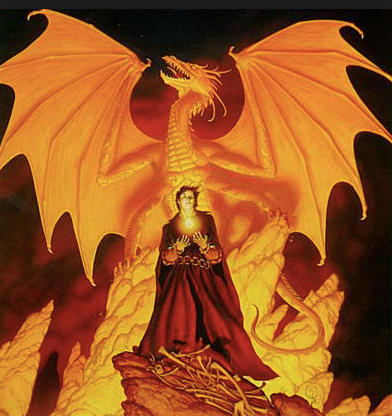